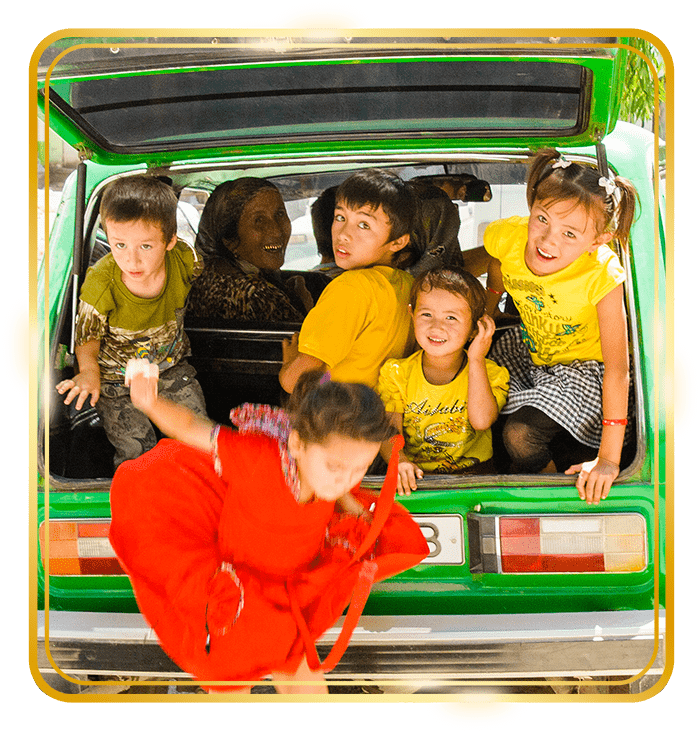 Day 1: Oibek - Khujand
You will be met at the border in order to transfer you to the Khujand city. The day will be contributed to the discovery of the second largest city in Tajikistan. The city with the population of 149000 people is considered to be the capital of the Sughd province in Tajikistan. In the afternoon, you will be visiting such places as the Cultural Palace of Khujant and Central Mosque. You will then spend your night in the hotel.

Day 2: Khujand - Istravshan - Khujand
The following day, you will travel to the Istravshan city. This city is one of the most ancient cities in Central Asia. The city is mentioned in Persian literature as the Kurukuda, in the Sogdian scripts as the Kurushkuda and it is also known as the Cyrus Eskhata. The city dates back to around II-VI centuries BC. During the day, you will see such things as the Mugtepa, 15th century Gumbez Mosque, colorful bazaars, fortresses, mosques and mausoleums. In the end of the day, you will be brought back to Khujand.

Day 3: Khujand - Dushanbe
The next morning, you will travel towards the capital of Tajikistan. Your road will go through the Aznob pass at the altitude of 3372m above sea level. Prepare you camera for the numeorus wonderful shots of the landscapes. Upon your rival to Dushanbe, you will have a city tour, during the day you will see many interesting locations, have excursions in several museums and walk around the parks. Dushanbe is also very proud to have the largest flag in the world which length reaches 60 meters and width - 30 meters, it stands on a 165 meters high pole in order to amaze the tourists with its sizes. You will dine in the national restaurant before going to the hotel for the night.

Day 4: Flight
The following morning, you will be transferred to the airport for the departure.