Classic cities of the Silk Road 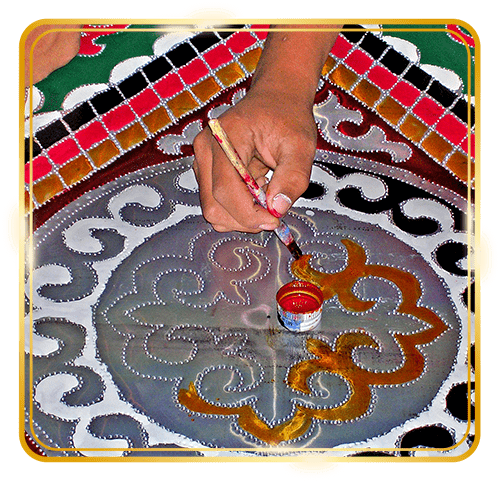 Day 1: Tashkent
After arrival, your guide will meet you at the airport and drive to capital city to start your travel in Uzbekistan. Entire day you will enjoy city tour of Tashkent. First you will visit grandiose Independent square, founded for the glory of the victory over the fascist Germany during the World War II. Later you will have a walk to Amir Timur Square through main Broadway. You will also have an opportunity to ride beautiful Tashkent subway, which started its first line in 1977. Then the highlight of the day is going to be old part of the city: vibrant Chorsu Bazar, Kukaldash Madrasah and Hast Imam complex covering many madrasahs, mosques and mausoleum. Next visit will be to the most remarkalbe site, Othman Quran, the most ancient copy of Quran goes back to 8th century. Othman Ibn Affan, one of the four righteous Caliphs who won the prophet Muhammad owned this holy book. Even nowadays, you can see his blood stains spread on the book,while he was murdered by his enemy. Overnight in a hotel.

Day 2: Tashkent - Samarkand
Morning train will take you to capital city of Tamerlane's State. The second largest city of Uzbekistan located in the Zerafshan river valley, famous in Uzbekistan. Samarkand considered tobe coeval with Babylon and Rome. Entire day will be dedicated to magic city sites, starting from Registan Square. This central square consist of three amazing Madrasahs, which enables travelers to stop the time and admire the hiden beauty of the place. These blue domed buildings were constructed during 15-17th centuries. Following the Shakhi-Zindeh, you will visit Guri Emir Mausoleum and Bibi Khanum Mosque. Shakhi-Zindeh is a heritage of UNESCO site and includes the large number of old mausoleums dated from 11th-15th centuries. Tamerlane built Bibi Khanum mosque for the glory of his wife, after his victorious conquering of India. Night in a hotel in Samarkand.

Day 3: Samarkand - Bukhara (morning train 10:15-11:45)
In the morning, you will take morning train to incredible city Bukhara. Today we will show you the most popular places of the city. Citadel Ark will be the first stop to see, it is the most ancient citadel in the town going back to 4th century. For many centuries, Ark was home to several dynasties of famous Bukhara Empire. Following the citadel, you will visit mausoleum of Samanids, outstanding architectural monument of 9th -10th century. Later authentic atmosphere of the town will take you to the peculiar Chashma Ayub (Spring od Job), also famous as a mosque of forty columns constructed for the glory of the city's governor Abu-Fayud Khan. Further, you will feel happy to find yourself in the shopping domes and other most outstanding madrasahs like Nodir Divan Begi under the Lyabi House Ensemble, the must be site of Bukhara. By the end of the tour, you will enjoy the magical view of the Poi Kalon complex consist of three constructions, the unusual examples of artwork dating back to 12th-16th centuries. Nigh in a hotel.

Day 4: Bukhara
This day will be dedicated to traverse tours to the outskirts of Bukhara city. First you will drive about 20munites to get Bahauddin Naqshbandi complex. It is a memorial complex of famous Sufi Leader and Philosopher Sheikh Bakhauddin Nakshbandi. Due to this place serves as a pilgrim place for Muslim community from different parts of the world. Furthermore, Bakhauddin Nakshbandi was one of the respectable advisors of Amir Timur. Nowadays, this complex includes mosques of Kushbegi and Muzafarohana, garden with pool, madrasah, and burial places of Bukhara rulers and Dakhma upon the tomb of Bakhauddin Nakshbandi himself. Next you will drive to see royal house of Bukhara Emirs, Sitora Mohi Hosa complex. Here you can see differen styles of architecture. The name of the place is addressing the early death of Emir's wife, Sitorai Mohi Hosa means young "Star - like and moon- like Palace". The last stop going to be Chor Bakr memorial complex at the Sumiton village. Style of the complex reminds the four sides of the universe and means the equality of human beings. Night in a hotel in Bukhara.

Day 5: Bukhara - Khiva
After breakfast, transfer to Khiva to continue your tours. Khiva boasts with its old history where many tourists like to travel. The story of the city goes far back to Khorezmshah's State, which used to have a capital in Urgench before. According to the 10th century sources, Khiva was most developed city along the Silk Road. Long caravans, exhausted traders from Chine had a break in the limits of welcoming city. Nowadays, many efforts are done to investigate and preserve the ancient history of the city to the new generation. While you will drive to Khiva you will also have an opportunity to drive within endless Kyzyl Kum desert. On the way, you will see the deepest river of all Central Asia- Amu Darya. It starts in Tajikistan with the joint of APnj and Vakhsh Rivers and flow to Aral Sea. After arrival enjoy leisure time, in one of the best cities in Uzbekistan. Overnight in a hotel in Khiva.

Day 6: Khiva
As you probably know, Khiva is the oldest city among others in Uzbekistan. Most remarkable part of the city tour is Ichan Qala in the middle of the towm surrounded by thick walls. Famous Ichan -Qala includes more than 400 traditional houses and over 60 masterpieces of architecture at place. They are Centuries old sound buildings, palaces, mosques, Madrasahs, Mausoleums, Minarets, Caravan-Sarais and Bathhouses and make Ichan -Qala unusual museum city. The most important monuments are Kunya -Ark fort constructed by Muhammad Arang Khan in 17th century. Others are Kalta Minor minaret and Tash Khouvli palace, glorious forms of old Khorezm architectural art of 1830s. Overnight in a hotel in Khiva.

Day 7: Khiva - Ayaz Qala - Tuprak Qala - Khiva - Tashkent
In the morning, your tour will continue to the visit of the remains of ancient civilization in Uzbekistan: Ayaz Qala and Turpak Qala. Ayaz Qala is an ancient fortress. According to old folklore, it was named for the honor of brave slave warrior Ayaz. The foundation of the castle goes back to II century AD. Another fortress Tuprak Qala was established in I or II century AD and stand until 6th century. The name Tuprak means clay fort, in ancient time Khorezmian leader Artav used it as a palace. Continues conquering and wars over centuries destroyed the forts. In the evening we will have a flight back to Tashkent.

Day 8: Flight
After breakfast, your guide accompany you to the airport.