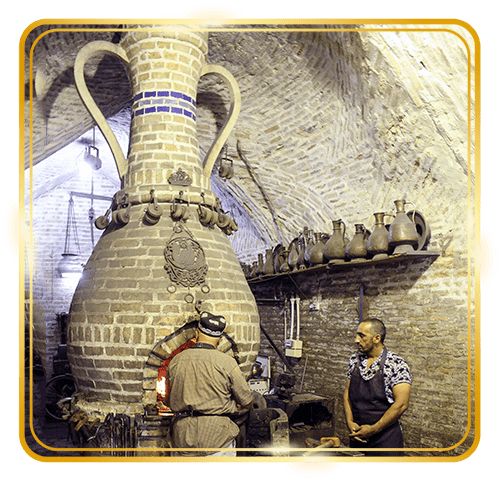 Day 1: Tashkent
At the airport, you will meet your guide and will take you to the capital city Tashkent to begin your adventurous travel. Today you will explore city of Tashkent, the capital of Uzbekistan. The first site of the day will be Independence Square, which was built for the honor of the victory over fascist Germany during World War II. Further, you will walk along the Broadway that leads you to the Amir Timur Square. Later you will have a chance to ride one of the beautiful metros of the world. Tashkent subway started its first line in 1977. The old part of the city will be most exciting. Fast-moving Chorsu Bazaar, Kukaldash Madrasah and Hast Imam complex, which includes many madrasahs, mosques and mausoleums. The most remarkable site is Othman Quran, the oldest copy of the holy book dating back to 8th century. This Quran was owned by Othman Ibn Affan, one of the four righteous Caliphs who succeeded the prophet Muhammad. Today you can see blood stains spread over the book sheets, it happened when he was assasinated by non-muslims. Overnight in a hotel.

Day 2: Tashkent - Samarkand
Morning train will take you to magical city Samarkand to continue your tour and travel further in Uzbekistan. This city once was the capital of Tamerlane's Empire and it is situated in the Zerafshan river valley. Furthermore it is the second biggest city after Tashkent and believed to be coeval with Babylon and Rome. You will spend whole day exploring the city. Starting from Registan Square, which is the central sightseeing. Registan surrounded by three graceful buildings of Madrasah. No one stop admiring the beauty of this Square. Next sites are Mausoleum Guri Emir and Bibi Khanum Mosque and Shakhi-Zindeh. Shakhi-Zindeh is the architectural complex, it includes large collection of mausoleums and listed on UNESCO World Heritage site. Most of the mausoleums dating back to 11th-15th century. Completing site of the day id Bibi Khanum mosque, built for the glory of the Tamerlane's wife, after his victorious conquering India land. Night will be at the hotel.

Day 3: Samarkand - Bukhara (morning train 10:15-11:45)
Fast morning train will bring you to another amazing city of Uzbekistan, Bukhara and you continue your amazing travelling. Exciting city tour will start from visiting the oldest citadel, known as Citadel Ark going back 4th century. It was a palace for many dynasties during the Bukhara Emirate. Next is going to be the pure masterpiece of 9th-10th century art -Samanids mausoleum. Then authentic atmosphere of the town will take you to the peculiar Chashma Ayub, famous as a Spring of Job, also known as a mosque of forty columns constructed for the glory of the city governor Abu-Fayud Khan. Further, you will get lost in the colorful shopping domes with full of oriental fabric. Another most outstanding madrasahs like Nodir Divan Begi under the Lyabi House Ensemble, the must be site of Bukhara. By the end of the tour, you will enjoy the magical view of the Poi Kalon complex. It consist of three constructions, the unusual examples of artwork dating back to 12th-16th centuries. You will spend your night in a hotel.

Day 4: Bukhara - Tashkent (afternoon train, 15:20-19:10)
Today's plan to explore the area around Bukhara city and have great tours in Uzbekistan. In the morning, you will drive about 20 minutes to reach Bahauddin Naqshbandi complex. This is one of the popular place of pilgrimage for Muslim community from different parts of the world. The reason is that it is the memorial complex of the outstanding Sufi Leader and Philosopher Bahauddin Naqshbandi. He also was one of the Amir Timur's spiritual masters. These days, this complex includes mosques of Kushbegi and Muzafarohana, inner garden with pool, madrasah and burial places of Bukhara rulers and Dakhma upon the tomb of Saint Bakhauddin Nakshbandi. Later last stop will be Sitorai Mohi Hosa complex, the royal palace of Bukhara Emirs. Here you will see different styles of architecture. The name of the complex reminds the wife of the Emir who died young, as the "Star - like and moon- like Palace". After an interesting sightseeing to the history, you will be transferred to railway station to catch a train to Tashkent. Overnight in a hotel.

Day 5: Flight
After breakfast, transfer to the airport.